Town & Talent Technologies founder Mr.Sayling Wen dedicated significant energy and resources toward promoting the healthy development of China’s western region. Treating the region’s schools as critical hubs, he developed network systems and assisted students to use technology to communicate with the outside world as well as to introduce the world to western China’s local culture and folk traditions.

After more than a decade, over 900 charitably motivated individuals and corporate entities have joined the Wen’s family of businesses in this worthy endeavor. Using modern Internet technology, donors can communicate directly with student beneficiaries and show their interest in student development and academic progress. As of the close of 2016, the Western China Student Scholarship Program has provided assistance to over 200 schools and nearly 40,000 students.

Starting in September 2016, the project began calling for student submissions of their stories under the framework of the West China Story – Original Writing Competition. A panel of judges reads and reviews the submissions, with the best student entries earning platinum, gold, silver, and bronze medals as well as cash awards. Over 3,000 student entries are expected to join the 2017 competition, giving participants a fair and open platform on which to compete, share ideas, spotlight individual talents and local characteristics, and earn worldwide attention. 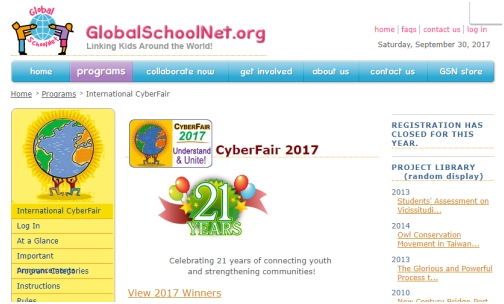 International CyberFair, now in its 23rd year, is an award-winning, authentic learning program used by schools and youth organizations around the world. Students conduct research about their local communities and use digital media to publish their findings online. Recognition is given to the best projects in each of eight categories: local leaders, businesses, community organizations, historical landmarks, environment, music, art, and local specialties.

This White House endorsed program encourages youth to become ambassadors for their own local communities by working collaboratively with community members and using technology tools to publish a website or create a video that displays what they have learned. The annual contest has involved more than 5 million students from 45,500 schools across 115 countries—and is considered the longest running international online event of its kind.

Competition judging also takes place online. Students evaluate each others projects using a web-based evaluation tool (rubric) designed by Global SchoolNet. The top forty entries are reviewed by international judges to determine the best educational projects. Winners of International CyberFair are announced each Spring at a event that is global in itself, with hundreds of schools participating via Internet.

Town & Talent Technologies (and, afterward, Talent and Story Technologies) Co., Ltd. has regularly organized the participation of member schools in western China in the CyberFair since September 2005. This has substantively enhanced students’ web-design capabilities and bridged western Chinese schools to the world.

Long-running, substantive development work in western China has facilitated the creation of a safe and highly effective mechanism of exchange between outside charitable organizations, local schoolteachers and students. The Town &Talent / Talent & Story Co., Ltd. has implemented exchange & training activities that have addressed a myriad of issues such as holding summer camps, finding and placing much-needed teachers in schools, and creating linkages with the outside world. As of 2016, 355 summer camps, exchange visits, and other activities have been held at 158 schools. 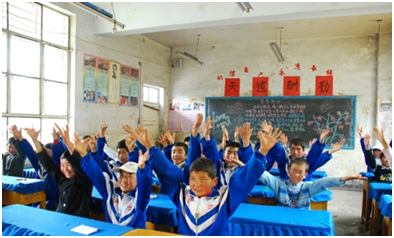 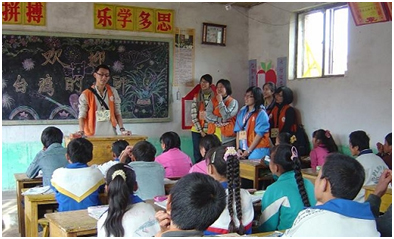 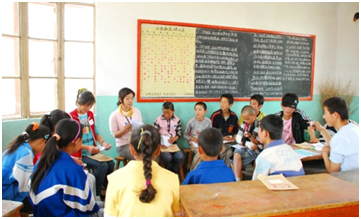 Since 2005, the Hualien Sunny Young Youth Center has regularly visited member schools and student families in Qinghai Province, China during the summer vacation period. This not only sustains and expands relations between Hualien County and Qinghai but also gives countless opportunities for mutual learning and exchange. 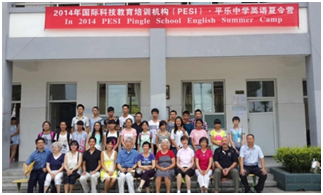 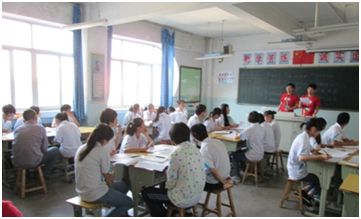 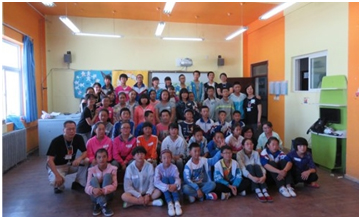 With the assistance of Town & Talent Technologies, the Shuinan Christian Foundation organized “Northwest Love” summer camp activities for rural youth from 2013 to 2016. In 2016, nine volunteers conducted these activities at Qingshuiyi Secondary School, with over 50 youth attending.